I think I’m the most excited I’ve ever been! Guys, I made the ultimate vegan poutine with cheese curds that SQUEAK!!! 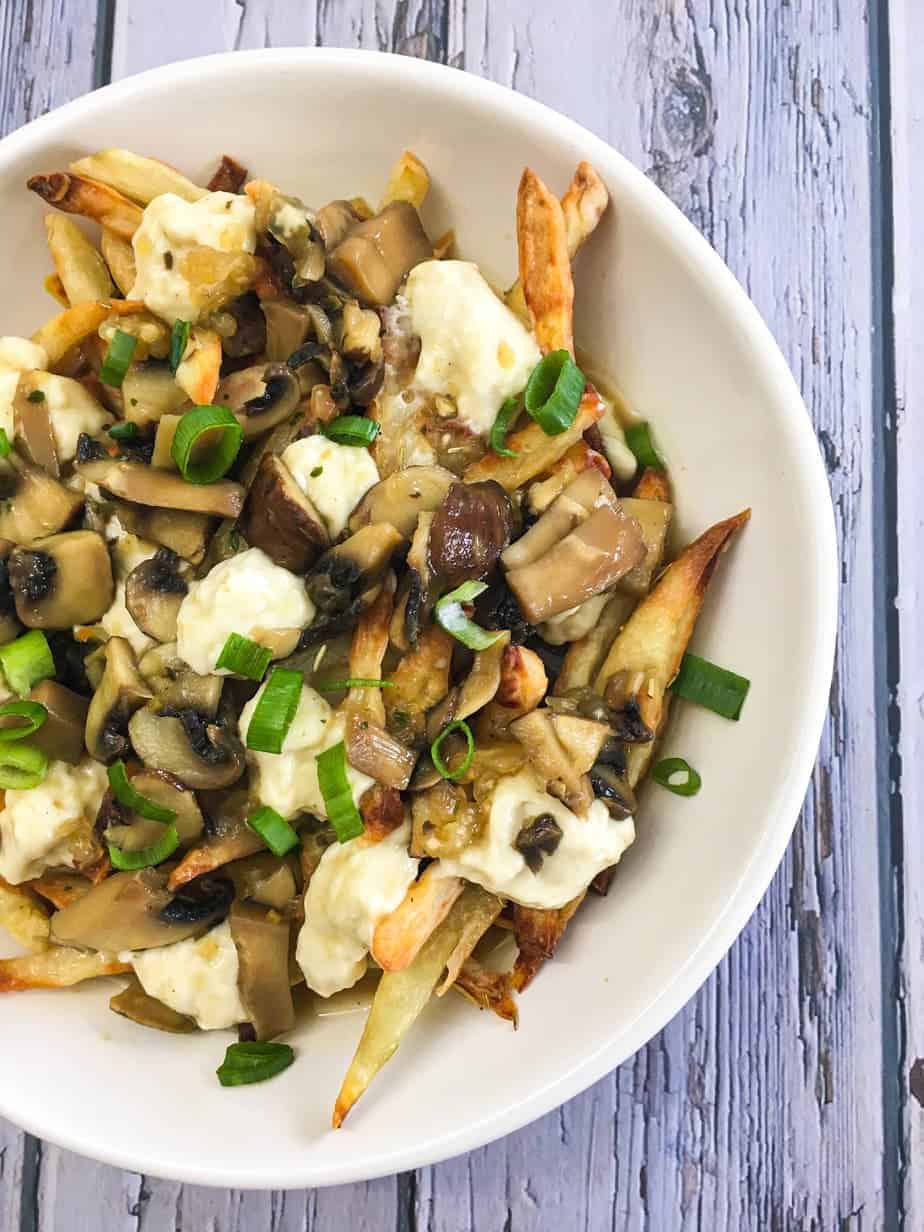 Traditional poutine, if you’re not familiar with this Canadian comfort food is a layer of crispy french fries and cheese curds smothered in delicious, warm gravy.

So how does this fit in with this health kitchen? Well, a traditional poutine definitely would not.

This version is lightened up, and although still not a health food per say, it’s FAR healthier and FAR fewer calories than traditional poutine. So grab a fork and DIG IN to this one! 🙂 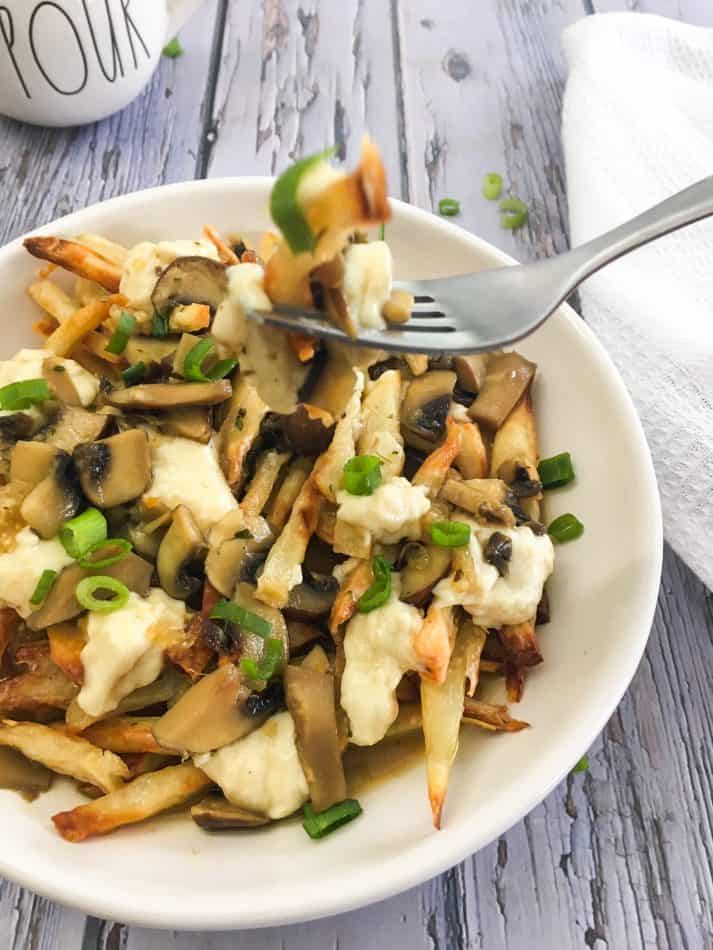 How do you make vegan poutine?

I like russet potatoes for this recipe because they make longer french fries. If you don’t have any on hand, other potato varieties will be just fine.

Poutine fries should be crispy, but in the interest of health and all, I’m making these potato fries using very little oil, some seasoning, and cornstarch to add extra crispiness, without the fried.

If you’re avoiding oil, you can still bake the fries using a little water or broth on a baking tray with parchment paper. Use very little liquid and spray more on the fries as they’re cooking, if possible.

Make sure the fries are in a single layer with some space in between, so that they don’t stick to one another.

I use this  french fry cutter to make shoestring french fries. If you don’t have a tool, you may also use a sharp knife. I prefer shoestring for ultimate crispiness, but you may cut them a little thicker if preferred.

How to make the vegan cheese curds (that SQUEAK!!!)

Follow my instructions for this vegan mozzarella cheese, using only half the recipe ingredients. Then refrigerate while you prepare the gravy.

Can you tell I’m excited about the squeak? I’m SO excited!!

For all of you rolling your eyes at me, let me explain.

True cheese curds squeak when they are freshly made.

After sitting in the fridge, for even just a day, the squeakiness can be lost. As moisture gets into the cheese, the texture changes and squeak is gone. So when you’re eating a traditional poutine, you want to hear a squeak as you bite into the cheese curd. This will indicate it’s freshly made.

In the case of my vegan mozzarella cheese, I discovered it’s squeak completely by accident.

After refrigerating the leftover cheese I made, and scooping it with a melon baller (to resemble cheese curds), is when I heard the squeak.

At first, I thought I was hearing things. But sure enough, this cheese squeaks when scooping it out!!! How cool is that??? 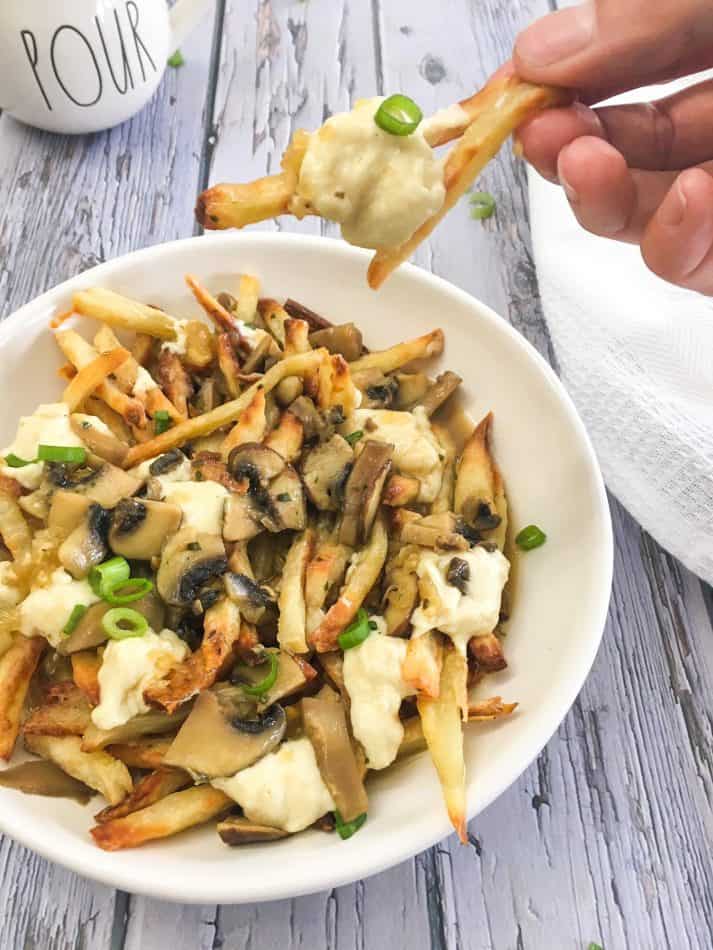 Once you’ve prepped the cheese and have your fries going in the oven, get your gravy made.

The mushroom gravy is super simple to make. Just cook up the mushrooms, add some broth, and then flour to thicken it up.

If you’re not a mushroom fan, you can follow the same technique with onions instead.

Gravy usually uses butter or oil, but in the interest of cutting calories, I’m skipping those ingredients. The taste is still phenomenal. 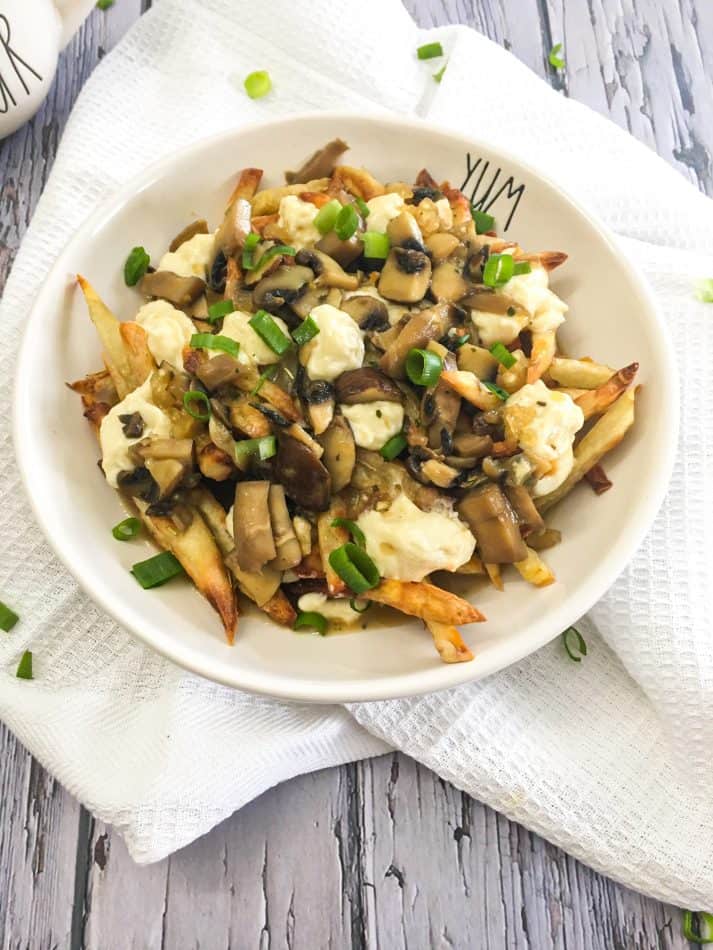 Can you prepare vegan poutine ahead of time?

You can fully prepare the vegan mozzarella cheese, and refrigerate up to 1-2 days beforehand. You may also make the gravy ahead of time and just reheat it when needed. However, the french fries taste best when freshly made, so I wouldn’t make the fries in advance. But having the toppings ready to go will definitely save you time.

If you tried this recipe, please let me know about it in the comments below. I always love hearing from you! Don’t forget to Subscribe to This Healthy Kitchen to be among the first to get my new recipes! You can also FOLLOW ME on Facebook, Instagram, Pinterest and Twitter to see more delicious food and get all the latest updates.

I Can't Believe It's Vegan Poutine

If working ahead, you may fully prepare the mozzarella cheese for the cheese curds the day before and refrigerate until needed. If you prefer smooth gravy without mushroom pieces, transfer to a blender and process until smooth. If avoiding oil, make sure the fries are have some extra space in between, in a single spaced out layer, so that they don't stick to one another.

This site uses Akismet to reduce spam. Learn how your comment data is processed.

Welcome to this healthy kitchen where you will find tasty and nutritious, plant based recipes with tons of gluten free and oil free options too! Always made using wholesome ingredients, and always under 400 calories per serving. Occasional cheat days included. 😉
Read More About Me… 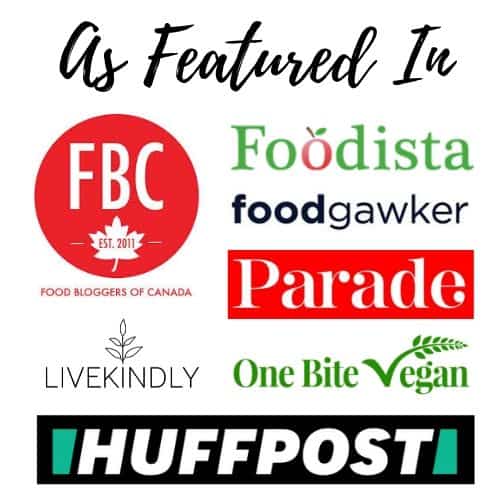 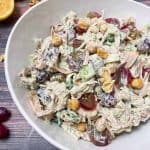 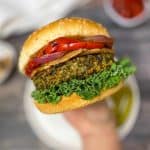 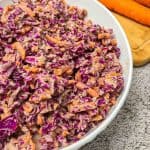 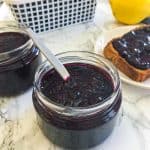 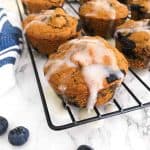 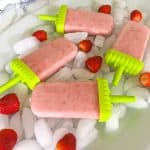 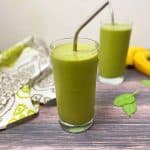 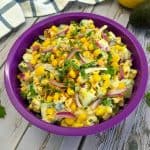 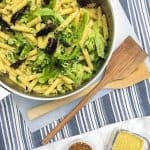 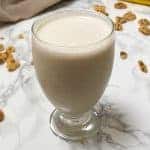 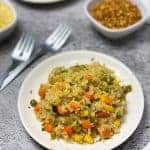 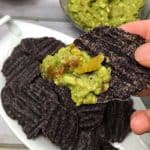 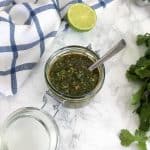 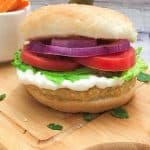 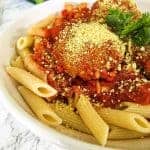 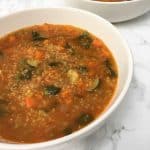 Some links on our site are affiliate links. If you purchase using these links, we may earn a small commission at no additional cost to you.

We only promote products we use and love. Thanks for your support!